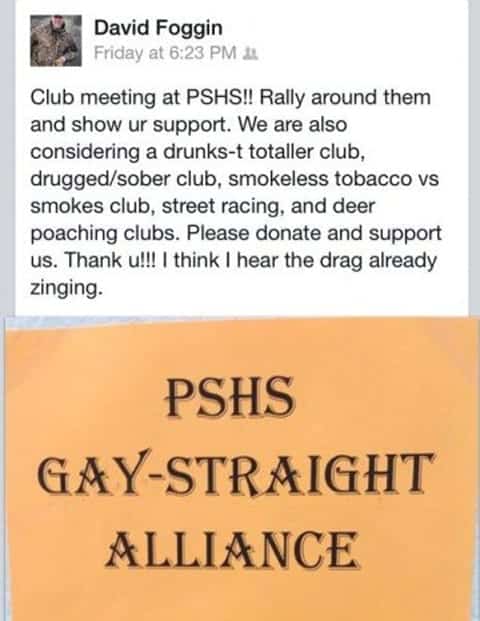 David Foggin, a teacher at Parkersburg South High School in West Virginia, has been suspended for four days by the Wood County School District for posting an image on Facebook comparing his school’s gay-straight alliance with a club for drugs, drunks and deer poaching. 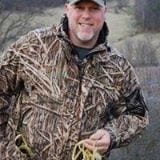 His post had an image advertising the GSA’s next meeting and the following text written by him:

“Club meeting at PSHS!! Rally around them and show ur support. We are also considering a drunks-t totaller club, drugged/sober club, smokeless tobacco vs smokes club, street racing, and deer poaching clubs. Please donate and support us. Thank u!!! I think I hear the drag already zinging.”

The county school board is investigating the matter and considering whether or not Mr. Foggin’s will be paid during his suspension.