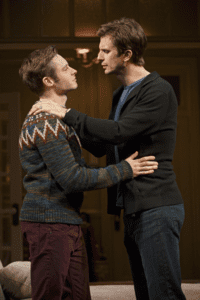 The brilliant play is the first to capture the journey of the gay community from the dark days of HIV/AIDS to the days of marriage equality and children. In fact, the play has the first legally married same sex couple ever portrayed in a Broadway production.

Not only has McNally made history with this intense show, it is an extraordinary piece of art with stunning performances. Frederick Weller (Cal) and Bobby Steggert (Will) give the audience unforgettable moments of first rate acting. However it is Tyne Daly who steals the show. Her portrayal of the homophobic mother of a son who died of HIV/AIDS makes her a guaranteed frontrunner for the Tony Award in June.

As it bears witness to history this stirring production also serves as a powerful reminder that the LGBT community is on the verge of losing substantial parts of its history and no plans are in place to save it.

The struggle to preserve our history over the years has faced enormous barriers. Members of the gay community in the early years of our struggle for liberation were reluctant to keep records, papers, and videos for fear of discovery. After many of our best and brightest died of HIV/AIDS, many of their families destroyed anything of their belongings that would even suggest they were gay. Many traditional universities, museums and libraries initially refused to accept such papers because of their 'controversial content'.

If action is not taken very quickly, the pioneers of our community over the last fifty years will pass away without their stories being saved, their papers safely kept or their oral histories taken down.

Personally, coming out of intensive care last month I realized that while my papers are at Yale University, I have never done an extensive oral history which would cover so much more than are in my papers. Dozens of my peers who have been in the forefront of the battle for LGBT liberation are now in their senior years and are having health issues. 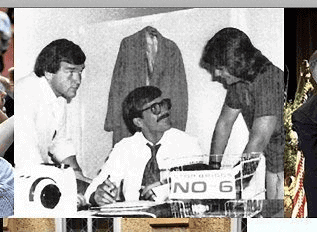 Veterans of the movements who picketed the White House in the 1950's, participated in the Stonewall insurrection in 1969,  fought Anita Bryant in the 1970's and led the fight against the HIV/AIDS epidemic are quickly passing on with no archival record of their lives. Even the early days of 'Don't Ask, Don't Tell" took place over 20 years ago and many of those involved are now over 60.

The story of the LGBT community and its struggle for freedom is an epic one that is filled with courageous stories and victory against insurmountable odds. The fact that we never gave up even while we were faced with caring for our sick and dying at the height of the AIDS epidemic is a story that should be told to future generations. The story of how the LGBT community embraced a path filled with love and outreach instead of responding in kind to the hatred and violence directed toward us should never be forgotten.

Our history, if we decide to save it, without question will be an inspiration to future generations no matter what their sexual orientation. It is a history filled with courage, dignity, nobility and amazing victories.

What a tragedy if people don't act quickly and these amazing stories disappear into the night.

Previous Post: « Melissa Etheridge’s ‘Uprising Of Love’ Helps Fight Russian Homophobia: VIDEO
Next Post: Kylie Minogue on Becoming a Gay Icon: ‘I Didn’t Want to Have Just One Color to My Personality’ »