Mother Jones reports that the CEO of OkCupid, which blocked Mozilla's browser Firefox in a highly-publicized move over Brendan Eich's donation to California's Prop 8 campaign, once donated to an anti-gay candidate: 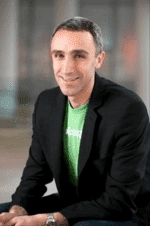 OkCupid's co-founder and CEO Sam Yagan once donated to an anti-gay candidate. (Yagan is also CEO of Match.com.) Specifically, Yagan donated $500 to Rep. Chris Cannon (R-Utah) in 2004, reports Uncrunched. During his time as congressman from 1997 to 2009, Cannon voted for a constitutional amendment banning same-sex marriage, against a ban on sexual-orientation based job discrimination, and for prohibition of gay adoptions.

Of course, it's been a decade since Yagan's donation to Cannon, and a decade or more since many of Cannon's votes on gay rights. It's possible that Cannon's opinions have shifted, or maybe his votes were more politics than ideology; a tactic by the Mormon Rep. to satisfy his Utah constituency.

"That story about the OKCupid CEO has a misleading headline and premise and is organized almost like the intent is to deceive folks."

Adds Geidner: "They didn't do the same thing. Donating to a candidate involves many variables; an issue campaign is, by definition, that issue."

Previous Post: « Would You Have Sex with Paul Rudd? — VIDEO
Next Post: Egypt Sends Four Men to Prison for Homosexual Acts »