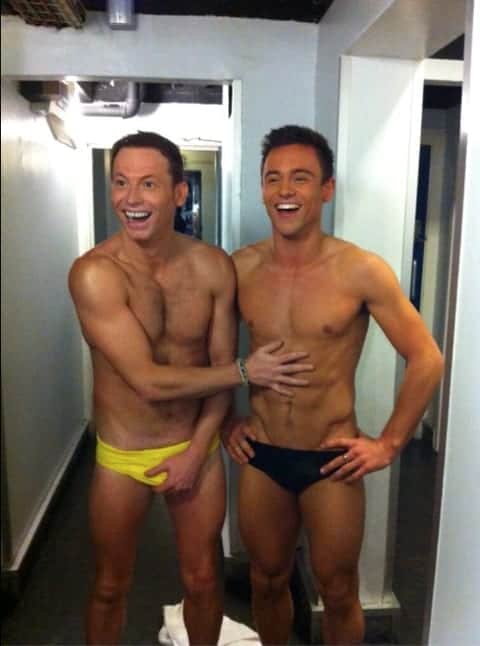 Yesterday we posted some photos of Tom Daley's appearance (with actor and host Joe Swash, above) on the ITV show Celebrity Juice, which was broadcast in the UK last night.

Daley disclosed on the show that although he said he 'still fancied girls' (in the YouTube video last December), "I am a gay man now."

Daley also spoke about making the YouTube clip: "I came out on YouTube as I wanted to say what I wanted to say without anyone twisting it. I told my family before I told the world. I was terrified. I did not know what the reaction was going to be. I did it on YouTube because people were constantly digging and asking questions."

As for his relationship with Dustin Lance Black, it's "all good"