Former Rep. Allen West (R-FL), who has compared homosexuality to choosing an ice cream flavor, has said anti-gay workplace discrimination doesn't exist, opposed DADT repeal, and fired an intern for retweeting a pro-gay tweet, is at it again in a new column calling GLSEN’s outreach to middle schools across the country a campaign of “recruitment and indoctrination.” 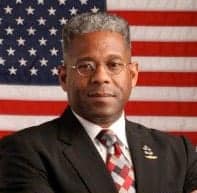 …hat tip to our cohort LTC (Ret) Dr. Rich Swier who writes, “The homosexual-transgender movement is working hard to indoctrinate schoolchildren as young as possible. By far, the most effective way is to get them into school-based “gay” clubs that are run by activist, often radical, adults, but though otherwise unsupervised. They have been working at this for several years, but are now ramping up their efforts considerably. […]

In middle school, I had a hard time figuring out whether I would survive playing both sides of the ball. I was focused on making good grades, not my sexual behavior. Darn good thing I had teachers and coaches that kept me focused – but I guess that’s not the case now. It seems our young kids are being recruited for something other than the science fair!

Here we are sitting around thinking our kids are going to school to get an academic education, when in reality they’re just lab rats in an indoctrination test tube. The sustainable approach for the gay community — since reproduction requires outside assistance– is one of recruitment and indoctrination — right in our faces.

Just one simple point — can you imagine if there was a conference of Christians that brought together teachers, activists, and supportive administrators to promote “Christian clubs” in schools? Oh yeah, I can hear it now: the separation of church and state diatribe.

Except I think West might just have it backwards on that last one – as I seem to recall there being at least 3 or 4 Christian organizations and afterschool clubs at my tiny Texas high school growing up. But a GSA? No freakin' way.