Representative Charlie Dent (R-PA) has come out for marriage equality in a statement to the Washington Post: 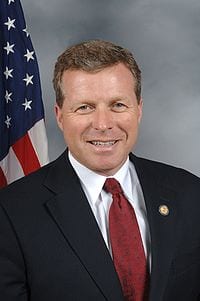 "Life is too short to have the force of government stand in the way of two adults whose pursuit of happiness includes marriage," Dent said in a statement provided first to The Washington Post on Wednesday.

Quoting from the Pennsylvania ruling, "in future generations the label same-sex marriage will be abandoned, to be replaced simply by marriage," Dent said that in "conversations with my family, I have come to realize that they already see the world through that lens."

"As a Republican, I value equality, personal freedom and a more limited role for government in our lives," Dent said in his statement. "I believe this philosophy should apply to the issue of marriage as well."

Dent is one of seven Republican co-sponsors of ENDA and was a co-sponsor of the Uniting American Families Act.