HBO has bought a gay 1960's TV drama from producer/director/choreographer Adam Shankman and screenwriter David Kajganich on the heels of the network's successful adaptation of The Normal Heart, according to The Hollywood Reporter: 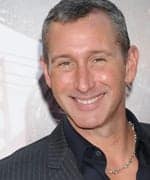 Open City is set in the vibrant, turbulent John Lindsay-era New York of the late 1960s and explores characters from disparate corners of Manhattan as they navigate the cultural revolution and political turmoil of the era. The drama will also examine the unlikely alliance between the Mafia and the city's gay community in the opening of a West Village nightclub.

Kajganich (True Story) will write and executive produce the project. Shankman is on board to direct and executive produce. Jennifer Gibgot will also exec produce via Offspring Entertainment. Ronnie Lorenzo, one of the original owners of the Stonewall Inn, will serve as a consulting producer. The Stonewall Inn is a famous New York City bar and the setting of 1969's Stonewall riots, considered the birth of the gay rights movement and the fight for LGBT equality in the U.S.