Back in 2008 we reported on the horrific carjacking and gang rape of a lesbian in Richmond, California. The victim was walking to her apartment when she was struck with a flashlight, robbed, and ordered to take her clothes off, forced into her car, driven seven blocks and then sexually assaulted. She was targeted because she is a lesbian. 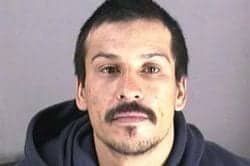 The ringleader in this inhuman, savage attack was sentenced this week, SFGate reports:

At a hearing Friday, Judge Susanne Fenstermacher sentenced Salvador to 411 years to life. The victim wasn't in court, but prosecutor Melissa Smith read a statement by her partner.

"She has lost the will to live," the statement read. "Although she is alive, they killed her inside."

Two of Salvador's accomplices received 31-year and 24-year sentences. A third got 13 years.