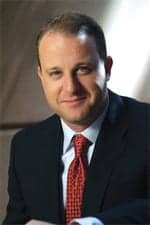 The national gay Republican group Log Cabin Republicans has aired three “attack ads” against openly gay U.S. Rep. Jared Polis. According to a report in the Denver Post, the latest ad mocks Polis’ personal wealth to say he’s out of touch with the average Coloradoan when he opposes natural gas development in the state, thus denying thousands of jobs and affordable heating. In retort, Polis teased the group about the perception that it has relatively few members to support such attack ads: “Oh, did all three of them chip in?”

Opponents of a proposed non-discrimination ordinance in Houston have threatened to organize a recall election against Mayor Annise Parker and other supporters of the bill. They have also threatened a referendum on the measure should it pass Wednesday, reports KHOU-TV. 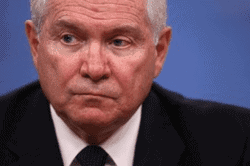 Former Defense Secretary Bob Gates was installed as president of the national Boy Scouts of America organization May 22 and, in an interview the next day with Associated Press, said he would have gone further than the BSA did last fall when it voted to end its policy of barring gay scouts. “"I would have supported having gay Scoutmasters,” said Gates. But Gates said he would not re-open the question with the membership at this time because he believes it would “irreparably fracture” the organization.

In last Tuesday’s primaries, Democrats in Kentucky chose business attorney Alison Lundergan Grimes to go up against Senate Republican leader Mitch McConnell in November. McConnell has a zero rating from the Human Rights Campaign on LGBT issues. When asked point blank by a group of Kentucky farmers whether she supports same-sex marriage, Grimes clearly tried to find position somewhere between being “for” or “against” them. According to the Herald-Leader, Grimes said: “I want to be honest  … my husband and I have been married seven years, and the Supreme Court has already determined in my view and decided this issue, and … I think that if I’ve been committed then others should be able to have that same commitment. But the Supreme Court –they’ve already ruled on this, it’s a state sovereign issue, and here in the state of Kentucky we already have a constitutional amendment.”

Democratic Senate candidate Michelle Nunn, daughter of former U.S. Senator Sam Nunn, is walking that same delicate line on same-sex marriage in Georgia. She has said she supports the right of same-sex couples to marry but believes the decision about who can marry should be left to the states.
© 2014 Keen News Service. All rights reserved.

Previous Post: « What To Watch This Week on TV: ‘SYTYCD’ and ‘Derek’ Return – VIDEO
Next Post: Pope Compares Sex Abuse by Priests to a ‘Satanic Mass’, Says There Will be Zero Tolerance: VIDEO »