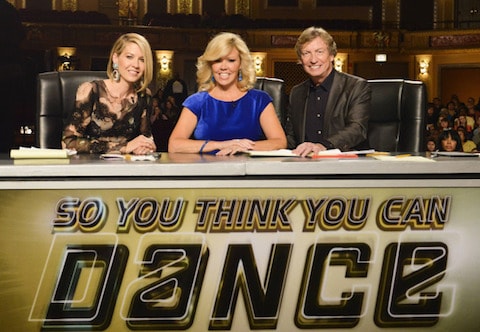 — Dust off your dance belt and get ready for another ride on the hot tamale train: So You Think You Can Dance is back to heat up your summer viewing. Our favorite dancing reality competition (you can keep your mirror ball trophy, Bergeron) kicks off Wednesday at 8 p.m. on Fox.

More picks and clips, including Lifetime's latest melodrama, AFTER THE JUMP …

— Ellen Burstyn and Heather Graham are back in Petals On the Wind, Lifetime’s follow-up to Flowers In the Attic, tonight at 9 p.m. Eastern. See what the Dollanganger clan is up to now that they’re out of the attic, and if it’s nearly the campfest the first film was.

— KISS fans won’t be rock n’ rolling all night for the 2014 Rock and Roll Hall of Fame Induction Ceremony. (They didn’t perform.) But you can see some excellent performances from the other inductees Saturday at 8 p.m. on HBO, including Nirvana (with Lorde, St. Vincent and Joan Jett subbing in for Kurt Cobain). Get a sneak peek above.

— It was tough not to love Lee Pace as the adorable piemaker on the quirky (and sometimes musical) series Pushing Daisies. On AMC’s new drama Halt And Catch Fire, premiering Sunday, he trades his lovable puppy dog routine for hardened business edge. The show follows a group of Texans in the ‘80s trying to revolutionize the PC. It premieres Sunday at 10 p.m. Eastern on AMC.