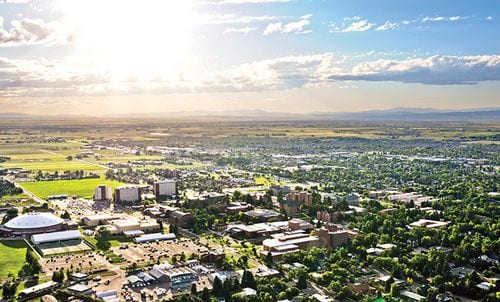 Bozeman, Montana voted 4-0 on Monday night to pass an LGBT non-discrimination ordinance, becoming the fourth city in the state to do so, the Bozeman Daily Chronicle reports:

A few dozen people who turned out in support of the ordinance, many wearing white stickers with green lettering that read “Support! Fairness Dignity Security,” sat silently as commissioners swiftly cast their votes for the ordinance. No one spoke during public comment.

The ordinance, which is aimed at protecting gay, lesbian, bisexual and transgender people from discrimination in the workplace, housing and public accommodations, will go into effect in 30 days.

The silence at Monday night’s meeting stood in stark contrast to past meetings where supporters and opponents spent hours voicing their opinions about the ordinance.

Bozeman is the fourth-largest city in Montana, with a population of approximately 40,000 people.

Previous Post: « Gay Marriage News Watch: Updates from TX, MI, NV, ID, ND, FL, OR and ME – VIDEO
Next Post: Jonah Hill on Anti-Gay Slur: ‘What I Said in That Moment Was Disgusting’ — VIDEO »