U.S. District Court Judge Barbara Crabb will hold a hearing this afternoon to determine how to word her final injunction against Wisconsin’s ban on same-sex couples marrying. Crabb could issue a stay on her decision, as could the Seventh Circuit federal appeals court. Currently, clerks in about half of Wisconsin’s counties are issuing marriage licenses to same-sex couples. 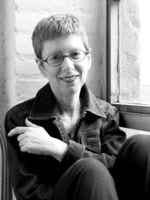 National Public Radio host Terry Gross tried to get presumptive presidential nominee Hillary Clinton to admit she waited until the public supported same-sex marriage before acknowledging that she supports it, too. In the interview, aired Thursday on Gross’ Fresh Air, Gross said “a lot of people still oppose gay rights” and asked whether Clinton was influenced by that opposition to delay her own public support for marriage equality. “I think you’re trying to say that I used to be opposed and now I am in favor and that I did it for political reasons,” said Clinton. “That’s just flat wrong.” “No,” said Gross, “I was saying that you maybe really … believed in gay marriage all along but felt for political reasons America wasn’t ready yet and you couldn’t say it.” “No, that’s not true,” said Clinton. “I did not grow up even imagining gay marriage and I don’t think you did either. This was an incredible new and important idea that people on the front lines of the gay rights movement began to talk about and slowly but surely convinced others about the rightness of that position. When I was ready to say what I said, I said it.”

RADICAL AND SNEAKY, TOO? NPR’s

Terry Gross also said former Secretary of State Hillary Clinton did what many might consider a “radical” thing when she included mention of transgendered people in a speech about respecting human rights. Gross questioned Clinton’s decision to add gender identity to the State Department employment policy and to make it “easier for Americans to change their sex on their passport.” “Did you have to sneak that in?” asked Gross. “I have a feeling that if a lot of people had known that, you would have gotten a lot of pushback for that.” “I don’t think it was any big secret,” said Clinton. “I think it was part of the overall efforts to try to treat people with dignity and equality.” 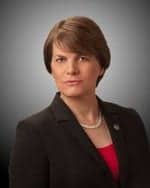 Here’s something genuinely radical: a transgender candidate won a Republican primary for a Nevada assembly seat Tuesday. Lauren Scott, who was a Democrat until three years ago, won 58 percent of the vote over one other candidate for the nomination to represent the district that includes parts of Reno and Sparks. Republican Governor Brian Sandoval endorsed Scott in the June 10 primary. She’ll now run against incumbent Democrat Michael Sprinkle. This was Scott’s second run for the seat. She is a business consultant, a veteran of the Air Force, a lobbyist for Equality Nevada, and a member of the state Equal Rights Commission. If she wins the seat, she will become the first openly transgender person to serve in a state legislature.

A bakery in Lakewood, Colorado lost its second round in an effort to refuse service same-sex couples by claiming the owner’s religious beliefs prevent him from selling them a wedding cake. The Colorado Commission on Civil Rights May 30 upheld the decision of an administrative law judge who ruled Jack Phillips violated the state law against discrimination in public accommodations when he refused to sell a same-sex couple a cake for their wedding celebration in 2012.

Previous Post: « It’s Almost Time for Towleroad’s Pop-Up Gay Summer Camp in Provincetown: Are You Signed Up Yet?
Next Post: Andrew Rannells to Take Over for Neil Patrick Harris in ‘Hedwig and the Angry Inch’ on Broadway »