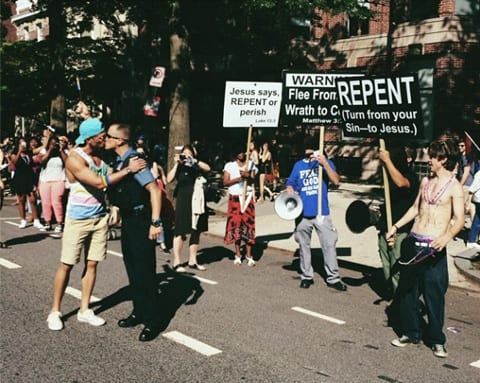 A D.C. couple staged a kissing protest in front of the Westboro Baptist Church which has gone viral.

Mark Raimondo posted a photo of the kiss on Instagram. He was laying one on his boyfriend, Arlington, Virginia police officer D.J. Stalter.

The WBC wasn't amused, but helped launch the shot on its viral way:

"@DRUDGE_REPORT: Cop Placed On Leave After Refusing To Work Gay Pride Parade" USA wants their cops looking like this: pic.twitter.com/LgKWG06RG9