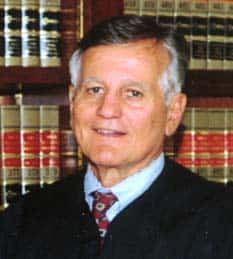 A federal district court judge on June 3 dismissed most of a lawsuit by the National Organization for Marriage that claimed an employee of the U.S. Internal Revenue Service deliberately leaked a confidential tax document from NOM to a political opponent, the Human Rights Campaign. Judge James Cacheris (a Reagan appointee) said NOM failed to provide any evidence that the disclosure was deliberate and politically motivated; but, he said the IRS may bear some responsibility for the legal expenses NOM incurred as a result of that error and said that issue could go to trial.

The case was NOM v. IRS in the U.S. District Court for the Eastern District of Virginia, in Alexandria. Cacheris held a hearing on the matter May 29 and issued his decision five days later.

Tax-exempt organizations, including NOM, must file annual reports (called 990 forms) with the IRS, including a Schedule B document that lists donors who have contributed $5,000 or more to the organization. The 990 Forms are available to the public as a means of evaluating the financial health and practices of organizations seeking contributions.

According to various court records, an openly gay employee of Bain & Company, a former employer of 2012 Republican presidential candidate Mitt Romney, contacted the IRS in January 2011, identified himself as a member of the media, and requested a copy of NOM’s 990 form for the years 2007 and 2008. Meisel’s request was forwarded to IRS clerk Wendy Peters and, within the month, the forms were sent to Meisel, including the names and addresses of donors that is normally redacted. Meisel then forwarded the 2008 form to HRC’s then campaign media director Kevin Nix. And Nix forwarded the form to a Huffington Post reporter who published an article noting that an Alabama political action committee associated with Romney made a $10,000 contribution to NOM. 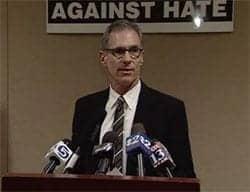 Gay activist Fred Karger used the information to file a complaint with the California Fair Political Practices Commission, alleging NOM had violated state laws but, as Judge Cacheris notes, NOM was “absolved” of those allegations.

NOM filed suit last October, charging IRS with unlawful disclosure of confidential tax information, but attorneys for the IRS said Peters simply forgot to redact the personal information when she complied with a public information request. It filed the lawsuit in the wake of highly publicized accusations that some IRS offices had delayed giving tax-exempt status to some organizations that had names suggesting they were engaged in political activities and, therefore, not eligible for tax-exempt status. While most of the publicity surrounded organizations with conservative terms –such as Tea Party—in their names, various investigations and reports determined that the offices also gave extra scrutiny to groups with terms like “progressive” and “medical marijuana” in them, too.

An investigation by the Treasury Inspector General for Tax Administration last year indicated that the IRS had applied “inappropriate criteria” in reviewing applications for tax-exempt status.

But Judge Cacheris said NOM failed to present any evidence to support its contention that the IRS clerk willfully disregarded the law, and he said evidence provided by the government “compel[s] the conclusion that Peters accidentally forwarded an unredacted copy” of NOM’s 990 Schedule B.

“The evidence is unrefuted that Peters did not know Meisel or have any connection to the HRC when she disclosed the information,” wrote Cacheris. “Furthermore, NOM has failed to produce a shred of proof that anyone at the IRS altered or obscured” the documents to cover up the error.

However, the judge found that the IRS mistake was the proximate cause of actions taken by Meisel, HRC, and others, creating some responsibility for IRS for the legal expenses NOM incurred as a result of the disclosures.

“The Government’s position that it is not responsible, as a matter of law, for the costs associated with the subsequent misuse of NOM’s confidential taxpayer information is untenable on the facts presented,” said Cacheris. Cacheris said this issue alone –what damages the government might be required to pay for NOM’s legal expenses as a result of the error– can go to trial. A NOM press release indicates the trial date has been set for June 30.