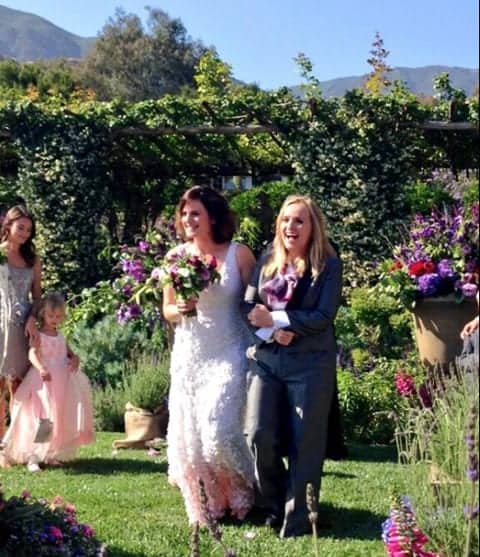 True love…so blessed. "By the power invested in me by the state of California…" Thanks

Etheridge's four children participated in the wedding, which was attended by Jane Lynch, Chelsea Handler, Rosie O’Donnell, Whitney Cummings, Peter Facinelli and recording artist Sia, according to the magazine.

Etheridge and Wallem began dating in 2010.