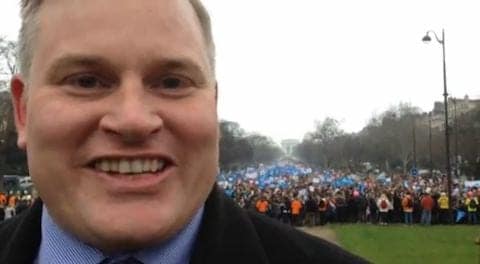 In an interview with ABC News, National Organization for Marriage president Brian Brown shared what outcome he wants like to see in the inevitable Supreme Court ruiling over same-sex marriage – as well as what his plan of action will be should the Court find a constitutional right to marriage equality. 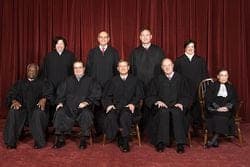 Brown, in a telephone interview, said his best-case scenario hinged on a future ruling by the Supreme Court upholding the right of states to set their own marriage laws, rather than imposing same-sex marriage nationwide. Such a ruling would strengthen the position of the 31 states that currently ban gay marriage and might encourage grass-roots efforts in some of the other states to reimpose bans, Brown said.

"We'd put this back in the hands of the democratic process," Brown said. "We would have the people deciding for themselves."

If the Supreme Court ruled the other way, legalizing gay marriage nationwide, "We won't go away," Brown said.

He envisioned a resistance campaign comparable to that waged by the anti-abortion movement since the Supreme Court's 1973 Roe v. Wade decision established a nationwide right to abortion.

"In the next year or so, we'll either have a massive victory at the Supreme Court, or we'll need to fight for 10, 20 years to undo the damage that the court has done," Brown said.

With that last point, I think our side might be thinking the same thing…