Yvette Cantu Schneider, one of the most vocal and best known representatives of the ex-gay movement, has announced that no longer wishes to identify with anti-gay groups

Yvette Cantu Schneider, one of the most vocal and best known representatives of the ex-gay movement, has announced that no longer wishes to identify with anti-gay groups, reports GLAAD. 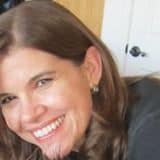 Schneider is known for her high-profile start at hate group the Family Research Council and her work with California's Proposition 8 campaign.  She is still one of the key people who anti-gay voices cite in order to prove that "change" works. The American Family Association continues to sell a video, It's Not Gay, in which Yvette appears as a talking head. Her "personal testimony" still appears on Ex-gaytruth.com.

However, Schneider has said that she is sorry for the pain she has caused to LGBTI people, is questioning of the idea of "ex-gay" itself and is now fully supportive of LGBT people and their families.

In her recently published book Never Not Broken: A Journey of Unbridled Transformation, Schneider "struggles to heal from difficult events from her childhood, the abuses and hypocrisies of religious leaders, and the effects of her own denial of the feminine divine" and ultimately "discovers her true self."

Writing for GLAAD yesterday, Schneider explained how, following the stress brought on by her five-year-old daughter’s diagnosis with leukemia, she sought the help of psychologist Dr. Diana Wright who taught her mindfulness meditation and guided imagery meditation.

She goes on to explain:

“This change has cost me friendships and the respect of certain people. But that’s okay. I don’t expect everyone to understand my journey. One thing is for sure: Never again will I deny my authentic self in order to gain the approval and acceptance of others. It isn’t worth it.”

A Q&A with Schneider will be published by GLAAD today.

Schneider's defection is another recent blow for the ex-gay movement after Pennsylvania pastor Duane Youngblood was arrested last week on suspicion of sexually assaulting a teenager.