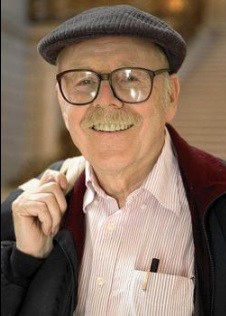 Robinson's June 30 death while under hospice care at his San Francisco home was confirmed by Daniel Nicoletta, a longtime friend who, like Robinson, was part of Milk's inner circle. Robinson had a history of heart problems, Nicoletta said.

Robinson met Milk on a random stroll past Milk's camera shop in the Castro, befriended him, and went on to write some of his speeches, the paper adds:

Robinson worked on Milk's stirring "You've Got to Have Hope" speech — a call for gay pride that included Milk's recounting of an anguished call from a confused young boy in Altoona, Pa.

"Harvey polished the speech and used it often," Robinson wrote in his foreword to a collection of Milk's writings, "though the rest of us kidded him because some days the boy lived in Altoona, other times in San Antonio or Buffalo. The boy really got around, we thought."

Eventually, Robinson became such a trusted advisor that Milk, preoccupied with the possibility of his own assassination, left a "political will" designating him as his preferred successor.

"If there were any problems, he would be able to carry on the philosophy and idea of what I stood for," Milk said in a 1977 tape recording he left with his attorney.

Robinson never sought office but wrote more than a dozen books, mainly thrillers and science fiction. He was 87.

Here is the NY Times obituary from July 4.

Nicoletta wrote a touching remembrance of Robinson on Facebook on July 1. Wrote Nicoletta, in part:

Frank’s fondest days were on the set of writer Dustin Lance Black’s film MILK directed by Gus Van Sant and starring Sean Penn, et al. Frank became a kind of Spiritual mascot on set, partly playing himself as he historically was – a more than regular visitor to Harvey’s camera store, but hybridized for Gus’s film to also be this kind of “everyman older gay guy” who was a campaign volunteer… All of the giants on that movie and there were many, too numerous to list here “got” who Frank was to Harvey and they honored him with the respect and adoration afforded to few during the fast track of a feature film being made… that made me profoundly happy to witness and Frank’s enduring kinship with Lance Black became like no other, an eternal source of pride and fulfillment for both men and for those of us who got to share in that friendship.Back in the day (1976), I snapped Frank and Harvey swapping drafts of a speech across the camera store front desk… later Frank hired me as a budding freelance photographer… I took shots of his epic Sci-Fi pulp magazine collection and also did a couple of author portraits over the years. Frank was always available to proof my own tortured writing and he had boundless enthusiasm for supporting the creativity of those of us who surrounded him, quite a wide swatch of fine human beings from across many oceans and miles.

This morning FRANK M. ROBINSON left this world. He was Milk's speech writer, an acclaimed sci-fi author and was like a father to me. To say the earth feels made of quicksand lately makes it sound too solid. Frank, I'll miss your thunderous laughter, your protective love and your razor sharp writer's mind.