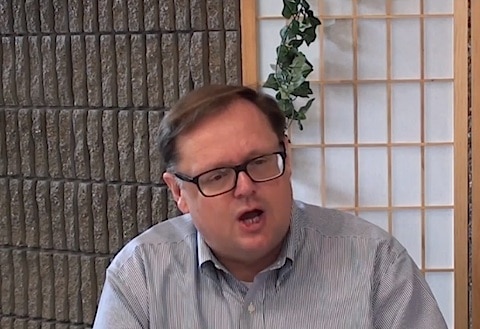 Frequent Fox News talking head Todd Starnes is talking, yet again, about the plight of Duck Dynasty’s Phil Robertson and his ilk. Christians like Robertson, says Starnes, are growing weary of being persecuted for their religious beliefs, and are likely to begin retaliating in the near future.

Rather than merely throwing support behind Robertson, who came under intense media fire last winter after making racist and homophobic remarks, Starnes sat down with Heritage of Truth to warn of the wave of oncoming Christian civil disobedience.

“Rick Warren told me that this issue, religious liberty, is going to be the civil rights issue of our generation,” He explained to Jeanne Dennis. “During the civil rights movement there were acts of civil disobedience, people were marching in the streets for their rights. I suspect we’re going to see that in our lifetime.”

Starnes rounded out the segment with a generous serving of right-wing histrionics, linking feminism and First Lady Obama’s Let’s Move initiative back to a supposed governmental plot to destroy the American family.

Watch more of Todd Starnes’s interview AFTER THE JUMP…