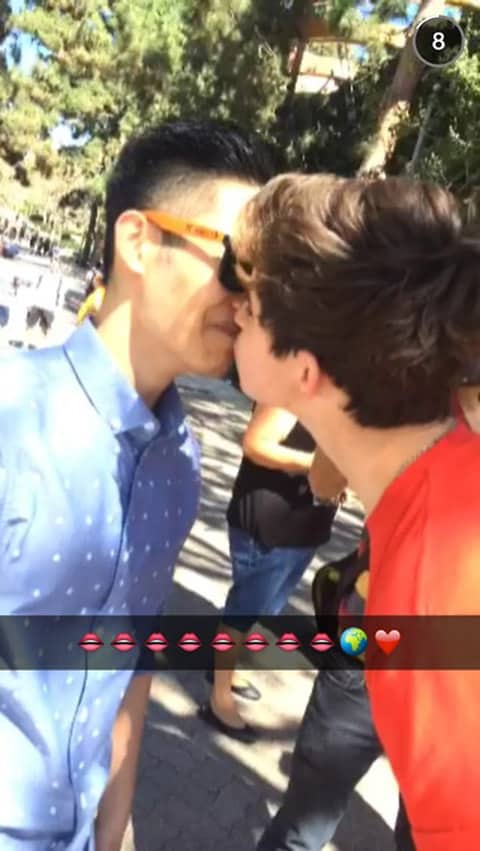 No doubt in response to the fallout from his homophobic Vine that went viral, social media star Nash Grier decided to kiss a gay fan in an attempt to show he has love rather than antipathy for the gay community. The fan shared the experience on Snapchat and later on Tumblr, saying: "To all the people complaining about Nash being a homophobic who’s against gays; He willingly kissed a boy just for a snapchat story on top of apologizing twice."

What do you think of Grier's attempt to kiss and make up?