Singapore’s National Library Board (NLB) has responded to the outcry following its decision last week to ban two books with gay characters but has said it will not reverse the ban. 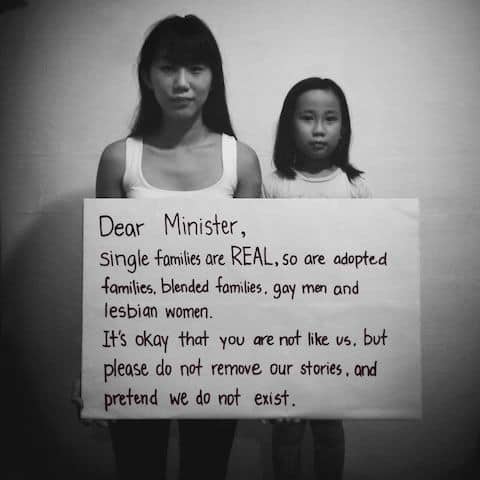 Singapore’s National Library Board (NLB) has responded to the outcry following its decision last week to ban two books with gay characters.

The two banned books are And Tango Makes Three, inspired by two real male penguins who hatched an egg together, and The White Swan Express, about three straight couples and one lesbian couple who travel to China to adopt baby girls.

A Facebook protest by Jaxe Pan and her daughter, which reads "Dear Minister, single families are REAL, so are adopted families, blended families, gay men and lesbian women. It’s okay that you are not like us, but please do not remove our stories, and pretend we do not exist," has been shared more than 7,000 times.

The Straits Times reports that chief executive Elaine Ng said in an interview with The Sunday Times that she was saddened that several local writers have decided to withdraw from library-related events in protest.

"I understand that this is an issue that people feel strongly about but please, please also look to all the good things NLB has done over the years.  NLB has done a lot over many years to build trust in the community and we want to continue working hard to build that trust and see what we can do to reclaim the trust of those who feel disappointed in us."

However, the NLB will not reverse its decision on the ban.  Nor will the books be resold or donated because of concerns that they might be unsuitable for children.