Washington-based Jim Gaylord, fired for being gay in 1972, will finally receive an apology from the Tacoma School District. 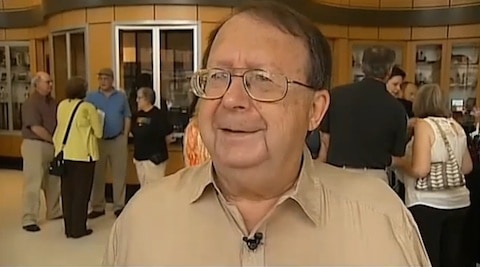 Washington-based Jim Gaylord, fired for being gay in 1972, will finally receive an apology from the Tacoma School District, reports The Olympian.

When confronted by the the vice principal at Wilson High School, Gaylord decided that he couldn’t live a lie any longer and confirmed rumors that he was gay.

The termination of his contract came after a Wilson student approached Gaylord to discuss the student’s same-sex attractions.  After a later suicide attempt, the student related to police that he had spoken to Gaylord.  The police visited the school and the vice principal then paid a visit to Gaylord.

A letter received by the former teacher informing him that he was fired read in part:

Gaylord never returned to teaching and a long court battle that went to the U.S. Supreme Court was unsuccessful.

Although Gaylord did not seek the apology, he said that it will help to “put a relatively pleasant end on an unpleasant situation.”

Last week, Flint Dollar, a teacher in Macon, Georgia, filed a sex discrimination lawsuit against a school after his contract was not renewed when the school found out he plans to marry a man.

Watch KIRO7’s report on the apology, AFTER THE JUMP…

Previous Post: « Chris Christie: It’s Not Time For Republicans To Drop Opposition to Gay Marriage
Next Post: Singapore Will Not Reverse Decision To Ban Children’s Books With Gay Characters »