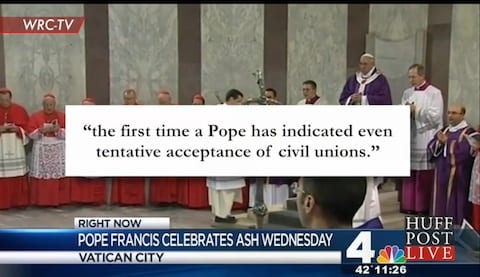 The close proximity of Vatican City to the Italian parliament may help to explain why Italy is the only country in Western Europe that provides no legal recognition of same-sex couples, reports Buzzfeed.

However, that situation may be about to change.

Earlier this year, Pope Francis suggested that a time might come when the church would drop its opposition to some form of civil partnership.

In the interview with Corriere della Sera, the pope said that although “marriage is between a man and a woman…we have to look at the different cases and evaluate them in their variety.” 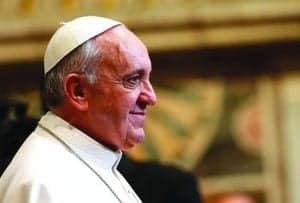 Speaking to Buzzfeed last week, Monsignor Marcel Sánchez Sorondo said while the Catholic Church is against marriage equality, legislation that differentiates between marriage and civil partnerships might be acceptable.

Naples recently became the first large city in Italy to start recognizing overseas same-sex marriages after a lower court ordered officials in Grosseto to record an overseas marriage, reports Buzzfeed. However, some LGBT activists worry that the ruling may be no more than symbolic because a Supreme Court order issued last month ordered the annulment of a same-sex marriage. The Constitutional Court later ruled the forced annulment violated the rights of the couple in question. The court also ruled that the marriage remains invalid until the Italian government passes a law recognizing same-sex unions.

However, according to Dina Nerozzi, a psychologist and lay adviser to the Pontifical Council for the Family, marriage equality cannot happen:

“People will fight for that. I mean fight — [we] will take weapons out.”

Watch a report on Corriere della Sera's interview with Pope Francis, AFTER THE JUMP…