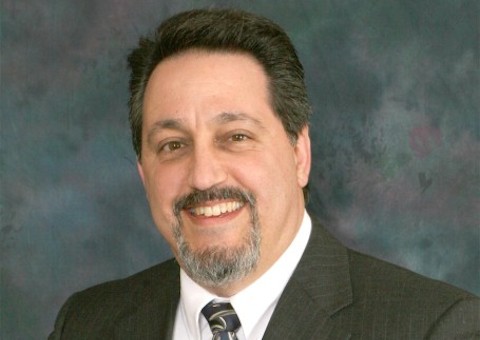 In today's "Predictable News" file, American Family Association's Ed Vitagliano writes an anti-gay essay that goes back to the ancient and stagnant well claiming that the reason gays are gay is because they suffered sexual abuse and are broken individuals. But it's ok, because we're all broken individuals, gay or straight, Christian or atheist…blind or sighted? And then the logic gets weird.

In an interesting little bit of defiance to the usual wingnut screeching points, Vitagliano actually admits that some gays might just maybe actually be born that way a little bit…or at the very least didn't consciously make the decision to spit in the face of God and His design because of the overpowering allure of man-butt.

I believe some percentage of homosexuals (I have no idea how large or small) simply grew up just like me – only different. Instead of having a crush on an opposite sex person, they experienced a crush on a same sex person. To them it appeared just that natural.

One small step forward that then takes a spinning backwards leap of rationalization by saying that natural attraction that gay people are born with and had no control over is evidence that they're broken, just like a blind person.

If a child is born blind, does that mean God approves? Isn't it a sign that something is not as intended? Eyes were created to see. To not see is not the same as being able to see. The blind are still human, but their brokenness is still brokenness. But isn't that what we’re doing with homosexuality? Aren't we denying the obvious – that there’s a disconnect between design and operation in the homosexual? Aren’t we applauding as courageous those who declare their brokenness to be wholeness?

So being born gay is like being born blind: a sign that something is broken. And even though it's a brokenness they're born with, it goes against God's plan and He does not approve, and supporting and lifting up a gay or blind person for succeeding in life is claiming that they aren't broken. And, as we all know thanks to evangelicals constantly harping on it, being broken means being damned to Hell.