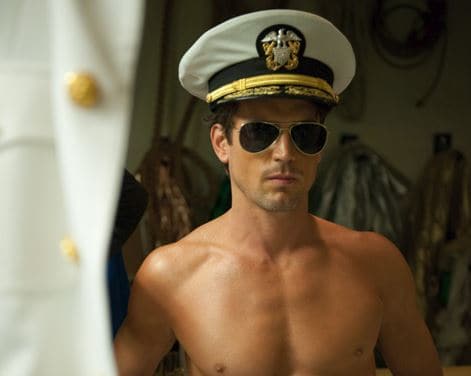 Creator Ryan Murphy broke the news himself at EW’s Emmy Party saying he’s excited to reunite once again with the “amazing” actor, who is nominated this year for his performance in The Normal Heart, also directed by Murphy.

“I try to get him to do everything for me,” Murphy told EW. “I sent him a text that said, ‘First right of refusal, here’s the role.’ It’s very…warped.” Murphy said he had to work around Bomer’s schedule filming Magic Mike 2 in order to make the appearance work.

Murphy also released a creepy, tongue-filled new teaser for the upcoming season, which you can watch AFTER THE JUMP…

Previous Post: « Check Out This Stunning View of Provincetown Shot by a Drone: VIDEO
Next Post: Thousands March For Marriage Equality In Dublin, Urge Ireland To Replace ‘Tolerance’ With ‘Citizenship’ – VIDEO »