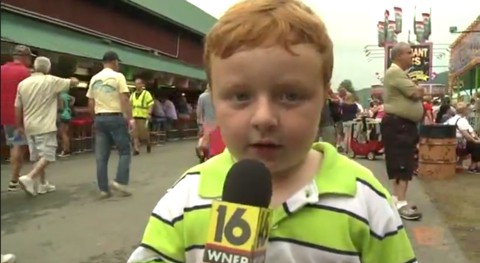 Last week, we showed you video of Noah Ritter, the apparently five-year-old from Wilkes-Barre, Pennsylvania who has apparently charmed over 11 million YouTube viewers so far with his TV interview from the Wayne County Fair.

Now, The Gregory Brothers – the YouTube musical group behind Antoine Dodson's 'Bedroom Intruder' viral smash a few years back (Hide yo kids!) – has blessed the world with a remix of Apparently Kid. And it's kind of, apparently amazing.