Gawker writer Rich Juzwiak recently guested on Andrew Sullivan's podcast and the two took part in a frank conversation about their feelings on gay men and sex. Sullivan describes their talk: 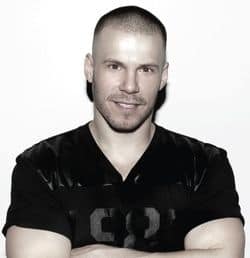 We actually talk about the sexual adventurism of gay men – a subculture where no women restrain sexual desire – as an often wonderful thing, regardless of the judgment that so many, including gay men, have made about it.

"I know that there are consequences to being promiscuous, but I could never argue against it. I just really feel like its such a wonderful way to meet people and engender brotherhood, too. That's what I'm really into now. This feeling of brotherhood amongst gay men where I can go home with a guy and we can hang out in bed in the morning for hours naked fooling around talking, fooling around while we're talking. That I just think is just specific to gay sexuality."

Sullivan also points out that Juzwiak, who had discontinued taking the drug Truvada earlier this year, published a new piece on Gawker Wednesday wherein he explains why he's not only taking the pill again but encourages "all sexually active gay men who are negative should go on it, at least those who are in the highly populated gray area."

From the Gawker piece:

I try to be as nonjudgmental as possible when it comes to the behavior of other gay men (though I cannot refrain from judging those who judge). We are all in different places in life; we all enjoy different things. That variety is, in fact, what makes gay culture so vibrant. The choices at the disposal of those who are privileged enough to live in areas where gay is OK and where same-sex marriage is legal—these are part what make being gay so wonderful. But if you cannot deal with taking a single pill every day, you need to get a grip and reevaluate your life. After you do that, then just take the fucking pill.

The full podcast episode of the Sullivan/Juzwiak conversation is available (by subscription only) here.