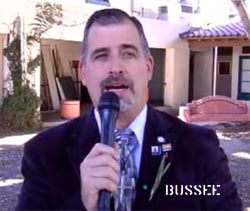 It's amazing that anyone puts any credit behind conversion therapy. Success stories are virtually non-existent; the few that do exist typically are cases of repression, not conversion; credible psychological institutions condemn the practice as harmful; and multiple states are banning the practice for minors. Now another block has been pulled out of the teetering Jenga tower as nine former ex-gay leaders have come out explicitly condemning the practice.

We grew up with the repetitive message that LGBT people were not enough — not straight enough, not Christian enough, not manly or womanly enough, not faithful enough, not praying enough. Never, ever enough. “Toxic” probably sums it up best. That message is poison to the soul. Especially a child’s soul. It can take a lifetime to get rid of that old programming and replace it with healthy, non-toxic views of yourself. Recovery from conversion therapy is difficult at best. Some remain forever scarred, emotionally and spiritually.Conversion therapy reinforces internalized homophobia, anxiety, guilt and depression. It leads to self-loathing and emotional and psychological harm when change doesn’t happen. Regrettably, too many will choose suicide as a result of their sense of failure. In light of this, we now stand united in our conviction that conversion therapy is not “therapy,” but is instead both ineffective and harmful. We align ourselves with every major mainstream professional medical and mental health organization in denouncing attempts to change sexual orientation or gender identity. We admonish parents to love and accept your LGBT children as they are. We beseech the church to accept, embrace, and affirm LGBT persons with full equality and inclusion.