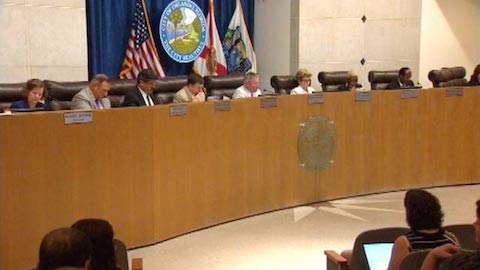 This is some wonderful news, especially out of a place as unexpected as Florida. The Orlando City Council gave its final approval this past Monday to ban discrimination against transfolk, thus placing gender identity in the realm of protected classes alongside race, religion, and orientation. The ban means that someone who identifies as trans may not be denied employment or promotions, public accommodations, service, or prevented from buying or renting a home because of their gender identity. The ordinance was unanimously approved and about ten supporters showed up to speak in favor of the ordinance, while – shockingly (again, this is Florida) – no one spoke up in dissent. Said Mayor Buddy Dyer:

We've gotten to the point where we can do — with very little controversy — things we ought to be doing, so I'm very proud of that.