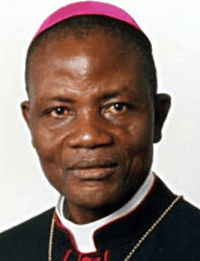 More than 100 Christian religious leaders in the west Africa country of Liberia have signed on to a resolution blaming gays for the recent Ebola outbreak in the region.

That a three-day indoor fast and prayer across the nation be observed, commencing next Wednesday, August 6th, and concluding Friday, August 8th.

Americablog adds that this isn't the first time Zeigler tried to blame Liberia's woes on the gays. Earlier this year, Zeigler asked: "“Where are we going as Liberians if we are advocating for homosexuality? Are we not calling for curses upon ourselves? How will a man marry his fellow man, this is an abomination. These are the same things that brought down Sodom and Gomorrah.”