Nicholas Opiyo, the lawyer who led the court challenge of Uganda's anti-gay law, has spoken to TIME about LGBT rights in the wake of last week's decision overturning the country's anti-gay law. 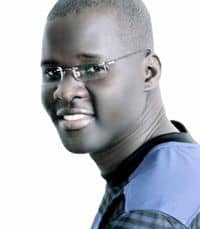 Nothing has changed much. The deep sense of homophobia in Uganda remains unchanged. In any case, it’s only been made worse by this ruling, because the debate has been reopened in a more bitter and fierce manner than we’ve seen before. To be positive, certain incidental things that are good will happen because of the ruling. First, individuals and organizations that have been facing arrest, intimidation or investigation will now have all those cases against them dropped, because the very foundation for these cases has now been declared unlawful.

When asked when LGBT Ugandans will be completely safe, Opiyo responded "It's a long, long way to go"

The full interview is well worth a read HERE.