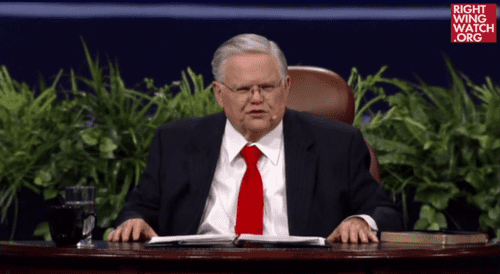 For televangelist John Hagee the biggest threat facing Americans today are those “counterfeit Christians” whom, amongst other things, either endorse womens’ open access to abortions or support LGBT rights to marriage. Hagee, known for founding San Antinio’s Cornerstone Megachurch, has made a name for himself  through John Hagee Ministries, his series of radio and television ministries that are broadcast to over 150 million households in North America.

“Those of you who got on national television and endorsed homosexual lifestyle because the president did so, you are a counterfeit Christian, you are a moral coward, you are a hireling shepherd,” Hagee said, condemning the increasing number of pastors that are accepting of homosexuality. “Shame on you.”

Watch video of his rant AFTER THE JUMP…

Previous Post: « Towleroad Interview: ‘Please Like Me’ Writer-Creator-Star Josh Thomas
Next Post: Ugandan Lawyer Who Challenged Anti-gay Law Speaks Out About Whats Next for LGBT Progress »