An increasing number of same-sex weddings in London are shams designed to get around immigration laws. 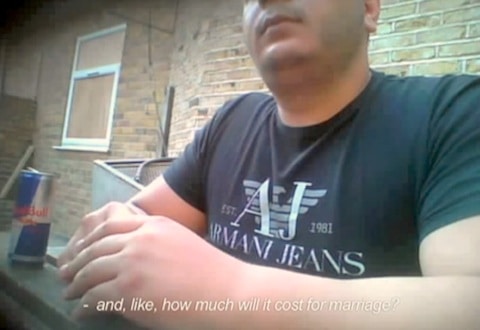 An increasing number of same-sex weddings in London are shams designed to get around immigration laws.

Despite a government clampdown, these fake weddings have more than trebled in number in recent years.

The BBC’s Inside Out London went undercover to expose the fraud and discovered one gang that organises sham gay marriages for £10,000.

The gang's leaders, who boasted they had "fixed" weddings "lots of times,” offered two potential fake Romanian brides to the reporter, both of whom stated they were not lesbians but were willing to pretend to be gay and marry anyone for cash.

One of the potential brides said she had organised six previous sham weddings and knew how to deceive immigration officers.

She added that she could also arrange a "romantic" photo shoot of the undercover reporter and herself, designed to persuade the authorities that they were in a genuine relationship.

Minister for Immigration and Security James Brokenshire has ordered his enforcement teams to launch an investigation into sham gay weddings as a result of the BBC report.

Watch a clip of the BBC report, AFTER THE JUMP…