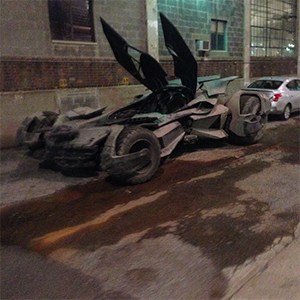 New images of the Batmobile from Zack Snyder's Batman vs. Superman leak.

Director Morten Tyldum talks sexuality and casting, in particular why cast Benedict Cumberbatch to play gay WWII era code-breaker Alan Turing in The Imitation Game and not a gay actor: "So, you mean, a gay actor cannot play a straight man? I actually find that question really ludicrous. I think a person’s sexuality is completely irrelevant in how they can perform and how they can act, how they can be. To me, that’s not — Benedict is not Alan Turing. He’s playing Alan Turing. Alan Turing was a gay man, and him being a gay icon was very important to us. His relationship to Christopher Morcom, who defined his life, was very important to us. And his crucifixion at the end was very important to us. I don’t see it helped the movie at all to have a gay actor play a gay man. It would be the same way to say that a gay actor cannot play a straight man. I think it’s … yeah. That’s all I want to say about that."

Would this devilish (and work unfriendly) statue have you saying, "Satan is my master"? Mark Wahlberg is bringing the beefcake to Ted 2.

Did you notice a slowdown in your internet today? #NetNeutrality

Chris Kluwe weighs in on the controversy surrounding the NFL, Ray Rice and that tape: "Of course, I believe, the NFL, and by extension, Roger Goodell, watched that video. The tape never lies; that’s the mantra of the League, at every level. The NFL employs many people, who are very good at their jobs, to make sure they have access to that information, to get that tape, and the truly chilling part of all of this, is that the people in charge, almost exclusively men, saw that video and made a conscious decision to do nothing about it until their hand was forced by public opinion."

Did Joan Rivers die because of a "medical mishap"? 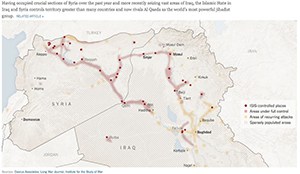 Speaking of, President Obama will address the nation tonight at 9PM EST.

Broadway has its first black Cinderella.

The wedding of Brian Davidson, the British consul-general to Shanghai, to his American partner stirs controversy: "Many Chinese commentators took to Weibo and other social media websites to attack the couple. One said, 'That country [Britain] is sick. It’s like the last days of Rome'. Another said that same-sex marriage is 'not Chinese culture', while others made reference to “mental illness” in their posts or suggested the couple would have children with 'personality issues'. However the majority of the posts online were positive and praised the couple, who met eight years ago, reflecting the fact that China’s younger tech-savvy citizens are increasingly accepting of same-sex relations."

Previous Post: « ‘Will & Grace’ At The Smithsonian: VIDEO
Next Post: SCOTUS To Consider Hearing Gay Marriage Cases From 5 States on Sept. 29 »