Edmund White and Michael Carroll talk about their relationship, experience writing gay fiction: “It’s a very intense, very invested group of readers,” White said. “Gay life is this object out there that’s waiting to be written about. A lot of people think we’ve exhausted all the themes of gay fiction, but we’ve just barely touched on them.”

David Beckham shows off his ink for "AnOther Man."

Mr. Gay India hopes to improve attitudes towards LGBT people in India by going on reality TV show: "I think I can sensitise the people about my community by being the face of [the] LGBT community."

Vince Vaugh will be joining Collin Farrell on season 2 of True Detective. 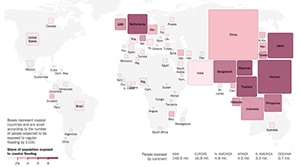 NYT looks at the flooding risk from climate change, country by country.

Liam Hemsworth takes his beard and his biceps for a stroll.

Egypt: activists urge show of support for LGBT rights by posting to social media on September 24 and 25 to "protest the recent, massive wave of brutal repression of LGBT people." Use the hashtag #stopjailinggays.

Police say 3 people, including gunman, killed in shooting at a UPS facility in Alabama: "A man wearing his work uniform started shooting at his former colleagues inside a UPS sorting facility in Alabama a day after he was fired from the company, killing a supervisor and another employee before committing suicide, police said Tuesday."

Israel shoots down Syrian warplane over Golan Heights, a long contested region between Syria and Israel. 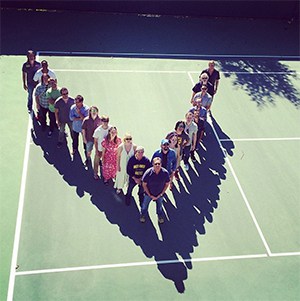 Taken down like a domino: epic domino montage in reverse.

Leonardo DiCaprio delivers impassioned speech at UN Climate Summit: “We only get one planet. Humankind must become accountable on a massive scale for the wanton destruction of our collective home. Protecting our future on this planet depends on the conscious evolution of our species."