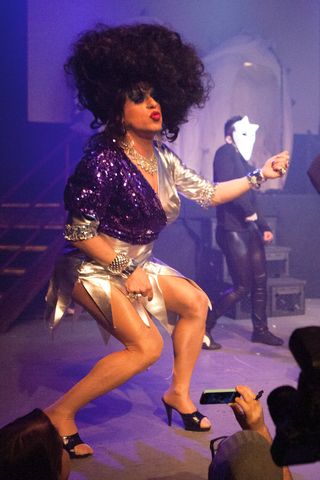 In response to a planned protest at their headquarters, representatives from Facebook have agreed to meet with Sister Roma of the Sisters of Perpetual Indulgence and David Campos, a member of the San Francisco Board of Supervisors, about Facebook’s recent crackdown on the use of drag names.

Hundreds of drag queens found their public Facebook profiles deactivated last week after Facebook began to enforce its rules stating that all users must attach their birth names to personal pages. While members of the drag community were not explicitly targeted by the crackdown, drag queens seems to have been disproportionately affected given their tendency to embody their personae as public figures.

“I’ve had this name for 20 years now,” San Francisco-based performer Heklina explained to Tech Crunch “I walk down the street and people say ‘Hi Heklina.’ People know me by my drag name.”

Heklina claimed that every single drag performer that she knew in the Bay Area had been affected by Facebook’s enforcement of the policy, robbing them of the ability to keep their drag lives separate from their personal ones.

“This is like in the 1950’s when drag queens would perform at the club and then had to quickly change into their boy clothes after to keep from getting harassed,” she said, citing the many queens that were effectively forced to out themselves.

Initially Facebook responded by suggesting that drag performers attach their aliases to profiles featuring their actual names or create fan pages for their characters as an alternative. Fan pages, says Heklina, often don’t really capture what all it means to be a drag fixture in a local community.

“While many drag queens are 'out' about who they are, not all drag queens have that luxury," San Francisco Boardmember Scott Weiner wrote in a Facebook post. "Preventing drag queens from using the names that actually define who they are also puts a number of people in the untenable position of having to choose between telling the world that they’re drag queens and abandoning Facebook for their drag personas.”