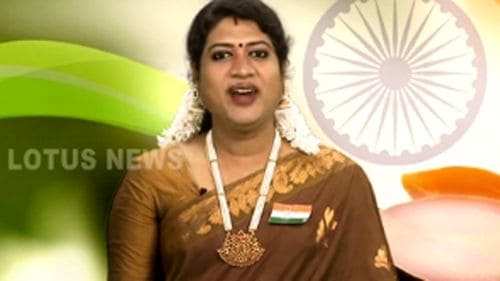 In another milestone for transgender people in India, a transwoman named Padmini Prakash, 31, has been hired as a news anchor.

Working up to this career, Prakash has held jobs as a dance instructor and soap opera actress, and she's also participated in transgender beauty pageants.

Prakash has worked for Lotus News in the Indian state Tamil Nadu since last August. One of her earliest breaks moving up the ladder came with a promotion to do the channel's daily 7 p.m. special bulletin, a hire motivated largely by Prakash's popularity with viewers.

But, despite this success story, Prakash says she's faced discrimination all her life, even cutting ties with family due to "pressure."

In a quote to the Times of India (via GLAAD), Prakash describes her anxiety in becoming an on-air anchor:

I was very worried because I also had to focus on my diction and maintain a steady narrative pace to ensure that there was clarity and viewers could understand me.

Check out video of Prakash in action, AFTER THE JUMP…