Politicians in Aceh province, Indonesia, are considering passing a new law that will punish gay sex with 100 lashes 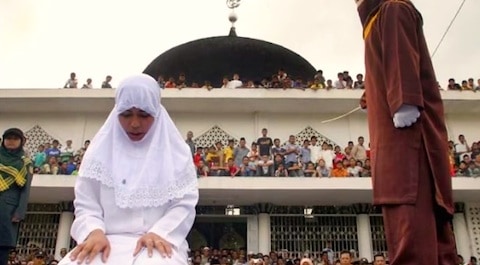 Aceh is the only part Indonesia to enforce Islamic Sharia law, which is has been slowly implementing since 2001.

Aceh Party's Ramli Sulaiman, who heads the commission that drafted the law, said:

"We have studied the implementation of sharia in countries like Saudi Arabia, Brunei Darussalam and Jordan to draft this law and we are happy with it.”

Amnesty International has expressed concern over the bylaw and has said that caning goes against international laws on torture and rights, as well as Indonesia's own constitution.