A bill that would expand Pennsylvania's hate crimes statutes to include LGBT citizens could pass the state legislature as early as tomorrow, claims Democratic State Rep. Brendan Boyle – the legislator who introduced the bill last year. 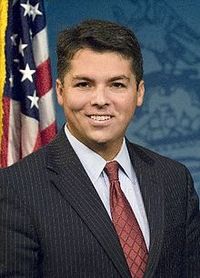 "Since it's been introduced and co-sponsored and referred to committee, it could get final passage as early as Tuesday," says Boyle, who has called a Harrisburg press conference on the subject for 11 a.m. Tuesday morning with State Representative Larry Farnese. […]

"It has been a year-and-a-half since I introduced it, and the Republican leadership has shown no willingness to move any piece of legislation that touches sexual orientation," Boyle says. "But in the wake of this event, there's a better chance of it happening now than months from now, when this issue will have receded from the news."

Boyle also said he's spoken to a number of GOP legislators who indicated they would support the bill's passage.

The Tuesday press conference will coincide with a rally planned in the Pennsylvania Capitol Rotunda to advocate for the bill's passage. The renewed push for the hate crimes bill came after a a brutal attack on a gay couple September 11th in Center City, Philadelphia.