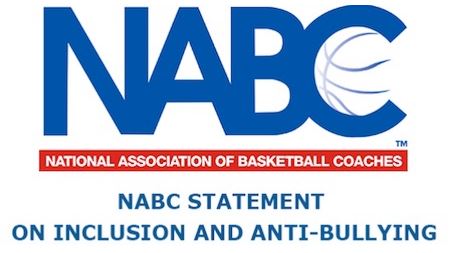 The National Association of Basketball Coaches (NABC) has added sexual orientation to its anti-discrimination and anti-bullying policies, reports OutSports.

“The NABC opposes all forms of discrimination against any individual on the basis of race, color, national origin, ethnicity, sex, disability, sexual orientation or religion. There is no room for such actions in the sport of men's basketball.

“The NABC opposes any action or inaction that has a tendency to cause or is intended to cause emotional or physical harm, an unequal or disproportionate effect, or unreasonable requirement because of any particular trait. Further, the NABC opposes any behavior toward players that is offensive, abusive, belittling, intimidating or threatening.

“…most schools where our members coach have comprehensive anti-bullying policies and procedures, and we encourage anyone who feels that he or she has been a target of bullying to utilize these procedures. Our member coaches are always there to assist players who feel that they have been the targets of bullying.” 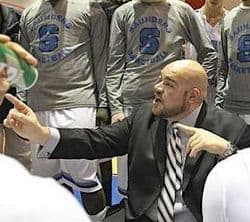 “To have the NABC put out such a powerful statement on inclusion shows the importance of the issue. I have been a member for over 15 years and the organization was so supportive with the concerns. So many coaches will receive the statement and I hope it continues to promote a change in athletics overall. It really makes me proud to be a member."

According to Bob Walsh, the new head men's basketball coach at the University of Maine, education around the area of homophobic discrimination and bullying is needed:

“Guys are generally unaware of maybe some hurtful comments or phrases that they use that they might consider mainstream. People are aware of something that's racially offensive, but they're less aware of how it affects [people who are gay]."

Walsh added that although he hears the word "faggot" regularly around basketball, he addresses it every time:

"It's an accepted insult that's considered funny by some people. I hear it a lot in team settings with males, and I immediately address it. I help them understand the connotation and the hurt in that word. I think that's where you start the conversation."

Although the policy has been criticised for its lack of inclusion of gender identity and expression, its hoped that these issues can be addressed in the future.

Read the NABC statement in full, AFTER THE JUMP…

Previous Post: « Ellen Page and Kate Mara Are the Smallest Sleuths in the Business In Hilarious ‘True Detective’ Parody: VIDEO
Next Post: Ad Agency in Kazakhstan Fined for Poster of Kissing Poets as Leaders Push Ban on Gay ‘Propaganda’ »