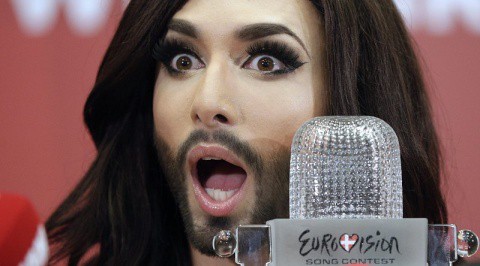 The “Voice of Eurasia” – which originally ran in the Soviet era between 1977 and 1980 – would have consisted mostly of countries from the former Soviet Union.

In a statement at the time, the country’s Slavic Committee said:

“Conchita Wurst's Eurovision victory symbolises the complete collapse of the European Union's moral values. We do not need Europe!”

However, although the show’s producers will not hold the event next month due to the current “political situation” in Russia, they are still planning to host the contest in 2015.