Immigration officials are recommending that the U.S. grant asylum to John Abdallah Wambere, a prominent gay rights activist in Uganda who lives in fear of death threats and repression at home 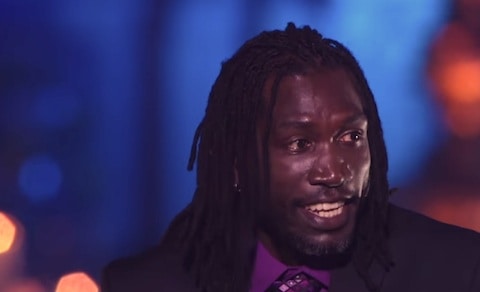 Immigration officials are recommending that the U.S. grant asylum to John Abdallah Wambere, a prominent gay rights activist in Uganda who lives in fear of death threats and repression at home, reports The Boston Globe.

Wambere arrived from Uganda on February 21 on a temporary visa, three days before Ugandan President Yoweri Museveni signed off on his country’s new law punishing gay sex and the “promotion of homosexuality” with life imprisonment.

US Citizenship and Immigration Services issued a letter on September 11th recommending Wambere for asylum, although final approval is still pending a mandatory background check.

Wambere said he has been evicted, arrested three times, beaten unconscious and has received anonymous death threats, including in 2011, after gay rights leader David Kato was bludgeoned to death.

Although Uganda’s constitutional court in August overturned the country’s anti-gay laws on technical grounds, some lawmakers have vowed to refile the overturned bill.

According to Allison Wright, one of Wambere’s lawyers at GLAAD:

“The antigay sentiment has just been rising and rising over the years. Just because the act is gone doesn’t mean that hostility is not there. That hostility is very much still alive.”

In an interview earlier this week, Wambere hailed the decision and vowed to continue advocating for gay rights in Uganda from abroad.

“I’m so excited; I’m overwhelmed. I felt like standing on the streets and shouting out to the whole world.”

On adjusting to life in Massachusetts, he said he had been shocked at the sight of a gay couple openly holding hands on Boston Common:

“To me, it was amazing. Nobody cared about it. Even they themselves were not even freaking out.”

Watch an interview with Wambere and a report on the asylum case, AFTER THE JUMP…