South Africa, which was once an essential nation to advancing LGBTI rights in international diplomacy, has since become a potential roadblock

South Africa, which was once an essential nation to advancing LGBTI rights in international diplomacy, has since become a potential roadblock, according to Huffington Post. 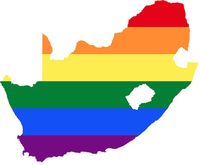 In 2011, South Africa sponsored a resolution before the United Nations Human Rights Council (HRC) that, for the first time, recognized LGBTI rights as human rights. Supporters of the resolution believed that it required at least one prominent African backer in order to prevent it playing into the hands of LGBTI rights opponents in Africa and other parts of the world.

However, when an updated version of the resolution was tabled last week at a HRC meeting, South Africa’s name was not on it. With a vote expected this week, some LGBTI rights supporters are now concerned that South Africa  could turn against the resolution.

This comes following a move by South Africa’s ruling African National Congress party to block a parliamentary motion to condemn Uganda’s severe anti-gay laws – which have since been struck down. 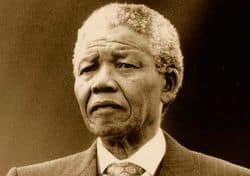 Some South African activists regard these decisions to move away from supporting LGBTI rights internationally as part of a larger trend in the country’s leadership.

While Nelson Mandela and other leaders of the African National Congress embraced LGBTI rights, that commitment is not as strong among the younger generation of leaders, most notably President Jacob Zuma, who called same-sex marriage “a disgrace to the nation and to God” around the time the unions won legal recognition in the country.

The resolution’s supporters are optimistic that they will have the votes to pass the resolution and nobody believes it is possible that South Africa would vote against it on the final vote. It could abstain on a final vote or vote for a procedural motion that would kill the resolution by denying an up or down vote — exactly what it did to keep the inclusive language out of the Protection of the Family resolution in June.

The lack of support for the updated HRC resolution actually comes at a time that there is a new commitment from the government to fighting anti-LGBTI hate crimes inside the country, spurred by a series of horrific rapes and murders of black lesbians.