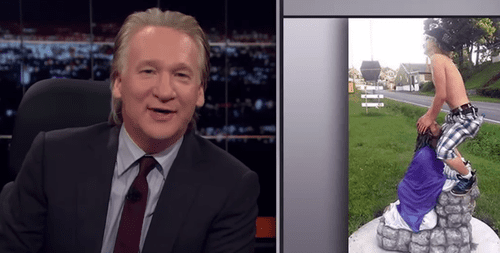 On Real Time, Bill Maher delivered a rant aimed at PC 'Western Liberals.' Maher complains that in terms of human rights, we tend to give small, domestic issues precedent over bigger, global ones.

To count yourself as a liberal, you have to stand up for liberal principals: free speech, separation of church and state…respect for minorities including homosexuals, rights for women… In America, we go nuts over the tiniest violations of these values, while gross atrocities are ignored across the world.

Maher points out that we complain about Jonah Hill saying "Suck my dick, faggot," but in other countries, actually sucking a dick can get you stoned to death.

Said Maher: "It all seems like a bigger issue than an evangelical bakery refusing to make gay wedding cakes." 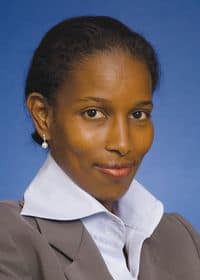 Maher ends the segment with the news that an ex-Muslim woman who'd gone through genital mutilation had been scheduled to speak at Yale last week, but was ultimately cancelled on. The reason: Yale Athiests, Humanists, and Agnostics protested this guest speaker, Ayaan Hirshi Ali, saying she "did not represent the totality of the ex-Muslim experience." Mahler responds to the claim, saying:

Meaning what? There are women who like mutilation? You're atheists, you should be attacking religion, not siding with people who hold women down and violate them, which apparently you defend in the name of 'multi-culturalism,' and then lose your shit when someone refers to Chaz Bono by the wrong pronoun.

What do you think of Maher's provocative comments? Want to watch the entire segment? Check it out AFTER THE JUMP… (strong language ahead)