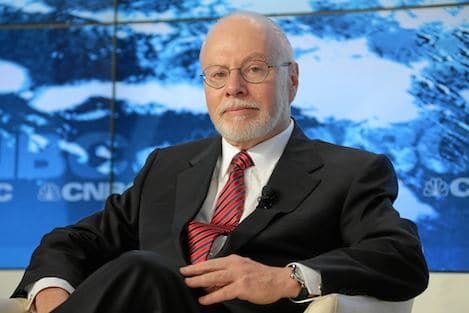 The same advocates are behind the American Unity Fund and the American Unity PAC, related groups that seek to elect pro-LGBT Republican candidates and encourage party support for LGBT rights. Both organizations are funded by philanthropist and billionaire hedge fund manager Paul Singer, who backs LGBT rights, including same-sex marriage and the Employment Non-Discrimination Act (ENDA). Singer – whose sone Andrew is gay – is also scheduled to deliver remarks this morning to kick off the event. 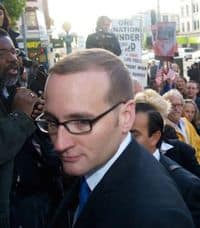 According to sources, Chad Griffin, president of the Human Rights Campaign (HRC), is due to speak at the event although his role will be limited to an introduction of Theodore Olson, a former U.S. solicitor general who was lead counsel in the federal lawsuit against California’s Proposition 8 and pending litigation challenging Virginia’s ban on same-sex marriage.

Singer and Griffin have worked together on LGBT advocacy issues in the past. In January, HRC under Griffin organized two events on international LGBT rights with Singer at the World Economic Forum.  Americans for Workplace Opportunity, which was set up by Griffin as a collaborative project with other pro-LGBT groups to pass ENDA, also reportedly received a donation of $375,000 from Singer to encourage House members to vote for the bill.

Other scheduled speakers include Ken Mehlman, the former chair of the Republican National Committee who later came out as gay and has since worked to advance marriage equality; Rep. Charlie Dent, one of four House Republicans advocating for same-sex marriage and a House Republican co-sponsor of ENDA; and Dan Innis, a gay former dean of business at the University of New Hampshire who recently lost his bid to represent the state’s 1st congressional district in the U.S. House.