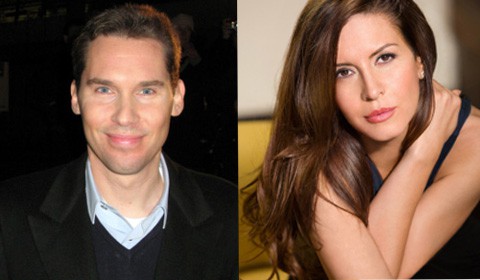 "I can confirm that Michelle Clunie and Bryan Singer are happily expecting a baby together in early 2015. Best friends for 25 years, mother and father are both very excited about the upcoming birth and look forward to co-parenting the child together. The pair have been planning this baby for years and have been trying for the last two."

Singer came out as bisexual in May while fighting sexual abuse charges in a lawsuit that was later withdrawn, and releasing his 10th feature film, X-Men: Days of Future Past.

Since her role as Melanie Marcus in Queer as Folk, Clunie has played a recurring character on Make It or Break It and has had numerous guest appearances on shows such as Bones, NCIS, The Mentalist, The Closer, and CSI.