In what is believed to be a first for the state, a transgender high school student in Georgia has been elected to homecoming court, The Marietta Daily Journal reports: 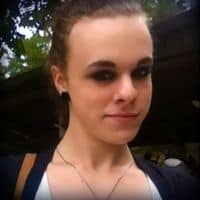 Sage Lovell, 16, was one of about 50 other girls in the junior class who were first nominated for homecoming court. The junior class then elected her and three other young women to serve on the court. She is not eligible for homecoming queen since that position is only offered to seniors.

Sage said she is excited she was chosen, and has received support from many of her classmates, who came up to her and told her they were going to vote for her.

“I’m so flattered to be representing my school, to be, like, able to, like, just represent my entire junior class,” she said.

Sage's father, Joseph Lovell, has been supportive throughout her daughter's transition and plans on escorting Sage onto the football field Friday.

Previous Post: « Neil Patrick Harris Discusses Adventurous Autobiography, Offers Tips on Coming Out: VIDEO
Next Post: Prominent Washington-Area Rabbi Comes Out In E-mail to Congregation, ‘I Am a Gay Man’ »