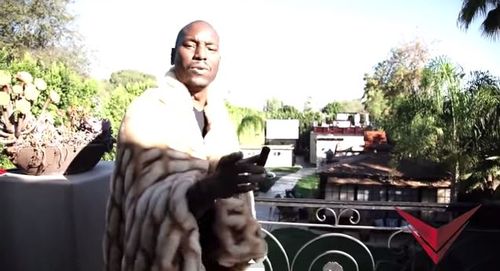 Comedian Spanky Hayes (below right) appeared on TMZ recently spouting some rumors about Tyrese Gibson (above) and how he beat Spanky out for a role in 2001's Baby Boy. Suffice to say that male-on-male sexual contact was involved. Though it is Hayes' profession to make people laugh, probably utilizing outlandish claims to achieve those ends, Gibson was highly unamused and fired back in a big way. 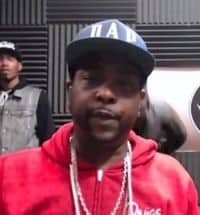 Spanky, known for his appearance on the Nick Cannon show Wild 'N Out, claims he was beaten out of the role by Tyrese after auditioning for John [Singleton], who allegedly told them: "I f***ing love both of you guys, but which one of you guys are gonna suck my c***?'"

It is not yet known if he said it in jest, but he added: "I bust out laughing because nobody has talked to me like that. But the other dude, who I won't say his name, wasn't laughing. To keep it real, he got the lead role in Baby Boy."

Gibson recorded his own video, saying that Hayes' statement is akin to committing "a career suicide." Then he does some truth telling about the role:

"Let me tell you something you don't know. First of all, the role for Baby Boy was written, directed and produced by John Singleton. It was written for Tupac. That's a factual fact.

He goes on to claim he's "never had those sorts of rumors" launched at him, all the while smoking a cigar, wearing a fur coat, and laughing at Spanky's relative lack of success. Seems like an overreaction, no? If nothing else it indicates that Gibson may lack any sense of humor.

Check out Tyrese's response, AFTER THE JUMP…