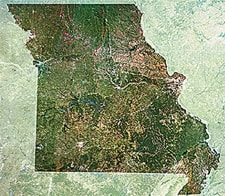 Missouri's Attorney General Chris Koster has announced the state will not be fighting the decision in landmark case Barrier v. Vasterling, which ruled that the state will recognize same sex marriages from out of state.

It's not marriage equality in full, but Kansas and South Carolina could certainly learn from AG Koster's example, re: knowing when to give up the ghost.

A consequence of this morning's ruling by the United States Supreme Court is that gay marriage will soon be legal in as many as 30 states. At a time when Missouri is competing to attract the nation's premier businesses and most talented employees, we should not demand that certain individuals surrender their marriage licenses in order to live and work among us.

Missouri's future will be one of inclusion, not exclusion.

In the past, Koster has expressed personal support for marriage equality, but fought it on behalf of Missouri.