Creighton University, Omaha, Nebraska, has announced that it will soon offer health benefits to employee’s same-sex spouses despite the objections of Catholic archbishop George J. Lucas 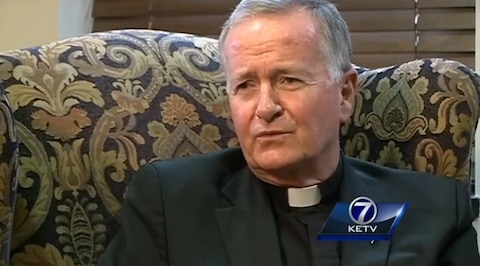 Creighton University in Omaha, Nebraska, has announced that it will soon offer health benefits to employee’s same-sex spouses despite the objections of Catholic archbishop George J. Lucas, reports KETV7 ABC.

Outlining the decision in a letter sent Monday to trustees, President Rev. Timothy Lannon, said that although Creighton continues to support the Catholic Church's teaching about marriage, the university is taking this step to meet the needs of its employees and remain competitive with other universities that already offer similar benefits.

Lannon added that 21 of the 28 Jesuit universities in the U.S. already offer similar benefits.

The letter to trustees reads in part:

"This is to inform you that I have decided that Creighton University will extend healthcare benefits in 2015 to the same-sex spouses of our colleagues who have been legally wed in other states.

"I have notified Archbishop George Lucas of Omaha of my decision, acknowledging his disagreement and disapproval of such a decision based upon a previous conversation he and I had.

"I asked the University Benefits Committee to consider benefits coverage for legally married same-sex couples. They were unanimous in supporting this change. The extension of benefits is not a statement of approval of same-sex marriages but rather an acknowledgement of our responsibility to serve the needs of faculty and staff who faithfully serve our students and patients every day.

"I anticipate that we may receive some negative media attention for this decision. Nevertheless, I believe it was the right thing to do."

However, in a statement made on the same day, Lucas expressed his disappointment with the decision, arguing that it is in fact an approval of same-sex marriage.  He added:

“I am dismayed that the recommendation of the University Benefits Committee is thought to supersede divine law regarding marriage. There is no tension between Catholic teaching and social justice; both are grounded in the same truths about the nature of the human person, the complementarity of man and woman and the meaning of human life and love.

"When we experience tension in ensuring respect and just treatment for all persons, including those with same-sex attraction, we have a right to expect a Catholic university to help us see a just path forward, rooted in faith and founded on the rich Catholic intellectual tradition. Creighton has failed to fulfill this expectation in this expansion of benefits."